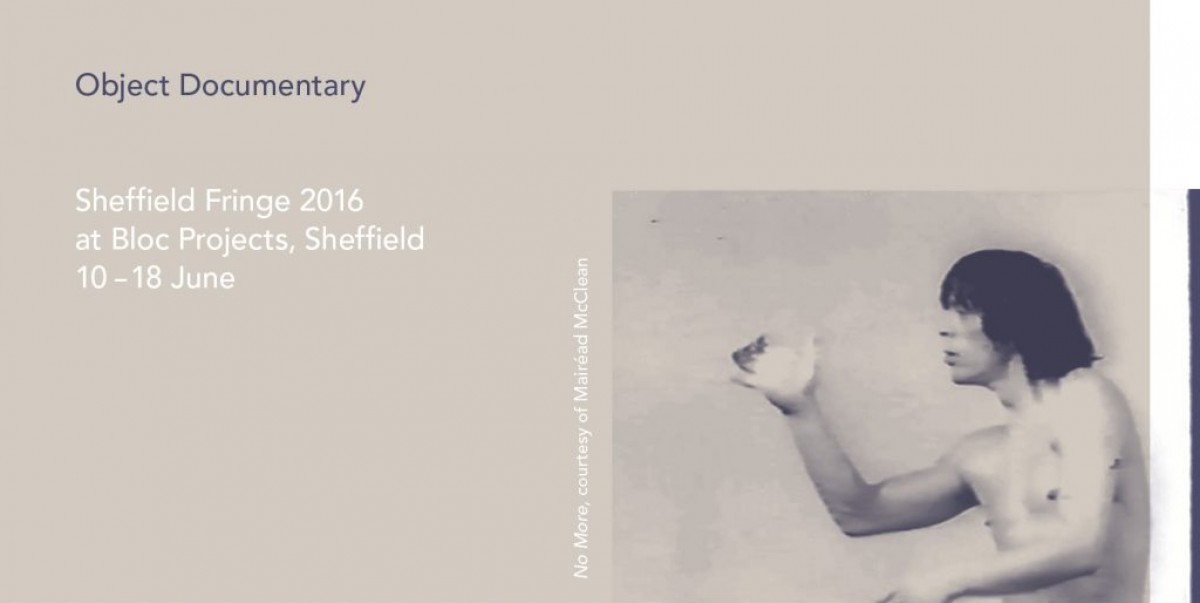 The fifth edition of Sheffield Fringe investigates ‘documentary’ film as an art object, where thinking of and trading documentary as an object opens up the possibility of the ‘objectification’ of actuality.

Documentary practice deals with the social world, live situations, ‘real’ things. Relating  to the social world as an object and putting it in the service of artistic activity can create an ethical challenge. Indeed thinking of documentary as an object, and of documentary material as a resource, can be discomforting. Beyond its status in the market place as an art object, the other ways in which documentary film can manifest as an object are difficult to articulate. But they can be felt. Sometimes visible, sometimes implied, one of the ways an ‘object relation’ becomes palpable is in the relationship that creates the work. Where a discomforting relation is detected, we tend to address such occasions as ‘problematic’. The first problem arises with the designation of value when defining an object vis-à-vis a subject: in an effort to designate value through language, we speak of documentary subjects, not documentary objects. The second problem arises with exactly what we mean by the word ‘documentary’. So far, known characterizations remain narrow.

Whether regarded as art works or documentaries, the critical stance of the contributions to Sheffield Fringe 2016 lies in the relationship of the filmmakers to the material.

Please join us for a nine-day programme of screenings, presentations, and artists’ talks. Highlights include: Leafcutter John, one of the UK’s “most fearlessly inventive electronicists” will perform tracks from his album Resurrection using his self-made Light Controlled Interface. Rosalind Nashashibi, Jumana Manna & Sille Storihle, Sasha Litvintseva, Sarah Beddington, and Mairéad McClean’s works are presented in dialogue across two programmes curated by Gareth Evans and Minou Norouzi respectively. The weekend of special events is followed by a week-long exhibition of the exquisite The Royal Road by filmmaker and LGBT cinema historian Jenni Olson.

Sheffield Fringe 2016 is produced in collaboration with Bloc Projects and Bloc Studios. Studios will be open to the public Sunday 12 June 12-6pm.

Details of the programmes, exhibition, and series of special weekend events are available here. Admission to all events is free.