If there is something about the act of filming like a type of judicial power, then that may make us, the viewers, spectating executioners in collusion with the filmmaker.

Kiss me, gentlemen borrows its title from Foucault’s Discipline and Punish, which recounts the story of a public execution by quartering in 1756, France. ‘Kiss me, gentlemen’ is the condemned man’s last spoken request to the confessors.

Our bodies belong to others; parents first, then lovers. A mother’s body belongs to her child. We are subjected to education systems and our drives for consumption demand to be satisfied through contracts of labour. Our bodies belong to institutions; institutions for criminals, the sick, and the insane. Institutions in the end too, for all of us, via the medical, care, and funerary systems.
When we agree to participate in documentaries, our bodies belong to the filmmaker. An implicit agreement made explicit through the use of release forms. A contractual agreement places the image, sound, and expression – and by metaphorical extension – the body, in the ownership of the filmmaker. The care of which is entangled with the politics, the ideologies of filmic history and filmic experience. The filmmaker too is invested with his or her body, navigating space, time, movement, and the “contaminated projections” of his or her own ideologies. It’s a subtle network of relations unfolding. And as we watch carefully or repeatedly, we might find our knowledge ruptured, our feelings disturbed.

In one way or another all the films in this programme deal with the mechanisms and technologies of entrapment – the destitute body, the incarcerated body, the body as a self-replicating system, bodies of soldiers affected by military rituals leaving an imprint long after having served. But altogether it’s a programme that also wants to question filmic entrapment and the predicament of being a spectator.
Whilst some films offer significant critique of institutional power and the assumed political agency of the documentary medium – and by extension of the documentary filmmaker, others inject humour, incite horror, or straddle precariously on the ethical tightrope of representation. Yet all point powerfully towards the condition of embodied subjects that have become specular, schizoid, internally disjointed. – Minou Norouzi 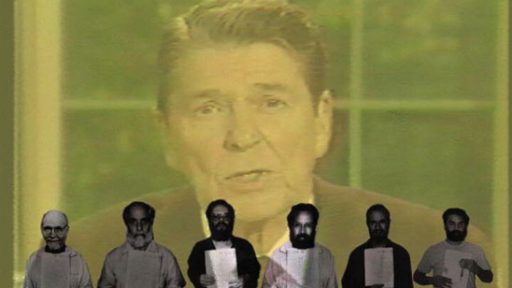