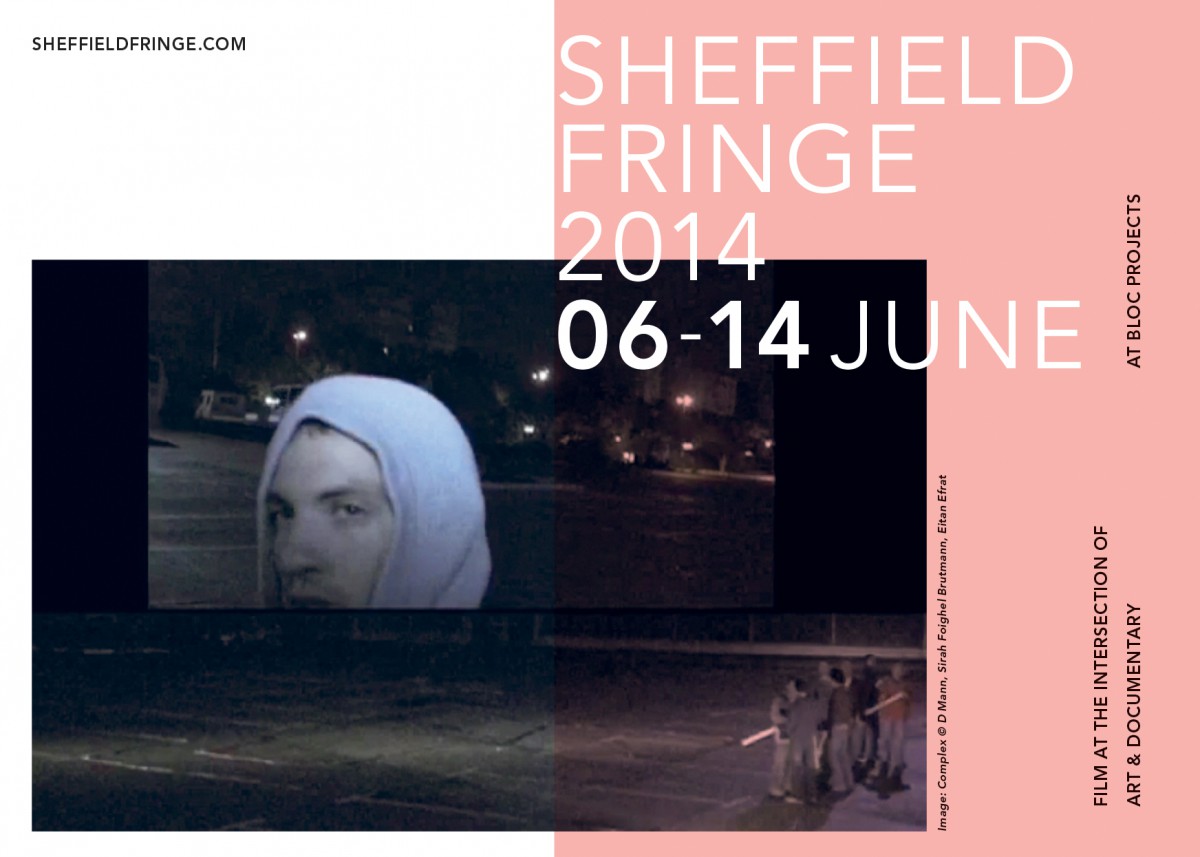 This year’s extended edition of Sheffield Fringe considers the relationship between aesthetics and emergency politics, manifested as experimental narratives. Encountering both domestic and institutional arrangements, cultural conditioning, and national political milieux, the ethics of artistic agency and representation are brought into question as filmmakers cross-examine their chosen subjects from many angles. Improvisation may inform both subject matter and approach, with egos incisively and humorously dismantled; the specifics of a given place or circumstance may be scrutinized.

The films, performances, and discussions that make up Sheffield Fringe 2014 are by turns playful and unsettling, with monologue emerging as a strategy for preservation, and dialogue as the option to move things forward into the future.

In light of philosopher Isabelle Stengers’ call for relation-making practices to resist and reclaim, the contributions to Sheffield Fringe 2014 may be read as gestures towards a considered listening that is sensitive to “possibilities, which are our own, but which can come into existence only because we don’t feel they are our own.” (Stengers, 2012)

Sheffield Fringe 2014 is produced in collaboration with Bloc Projects and Bloc Studios. Studios will be open to the public Sunday 9 June 12-6pm. Admission to all events is free.