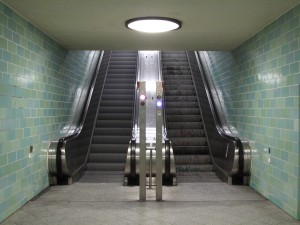 Victoria Lucas is an artist and academic based in the North of England. Her work has been exhibited internationally, including a solo show at Grizzly Grizzly in Philadelphia USA, and group shows at Casa Maauad in Mexico City, Nastupiste in Slovakia, and Bolsky Gallery in Los Angeles. Her interdisciplinary practice references the built environment and includes video, photography, sculpture and sound.
www.victorialucas.co.uk 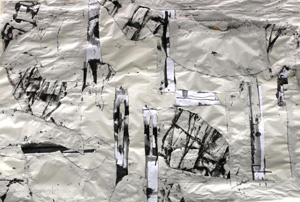 I am alone on the surface
of a turning planet. What
to do but, like Michelangelo’s
Adam, put my hand
out into unknown space
hoping for the reciprocating touch. 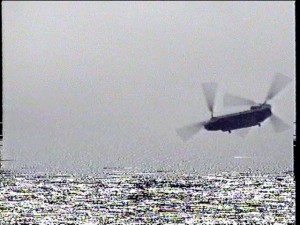 Michael Day’s practice is interdisciplinary and uses a wide range of media and technologies, including digital media, sound, installation, electronics and photography. His practice uses methods from both new media art and fine art, opening a conversation between the similar but often divergent approaches of these two related areas of art activity. His work is characterised by a visual economy and sense of displaced distance from the viewer, often highlighting moments of transit, stasis, solitude in space, and the passage of time. michaelday.org.uk 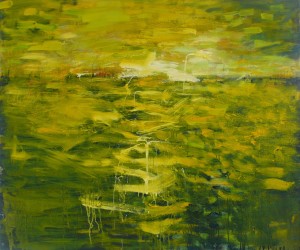 “The boundary between painting and photography is important to explore. What does the process of painting bring to the representation of the landscape/seascape? What does it offer that a photograph cannot? The photograph in turn is a tool for recording the landscape/seascape as part of the investigation, much like the sketchbook. But its processes also provide the means to create images that are themselves painterly in their quality. However, the common desire of both is to capture and describe light.” – Steven Todd is a Sheffield based artist working primarily with land and seascapes. He studied Fine Art at Sheffield Hallam University, and has shown work regularly across the region and beyond. He has undertaken funded research projects at historic sites including archeological sites in Greece and Turkey, the Celtic Roman Rig in South Yorkshire and the Neolithic site of Arbor Low in Derbyshire.
stephen-todd.com 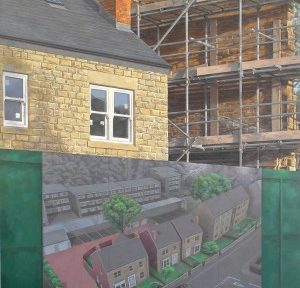 “In my paintings, the symbiotic relationship between a place and a person can often be ambiguous, as each defines and influences the other via a complex web of associations and interactions. I have an interest in the in-between spaces of everyday life. The locations portrayed in my work can be factual as well as symbolic, and their subject matter relates to states of being and feeling, that can be just as unfixed, open to question and awaiting definition as any geographical locale featuring in the work.
In recent paintings the focus is on the places we choose to live. We can view newly-built housing estates from a safe distance, or be placed uncomfortably on the edge of a property, almost invading privacy. My aim is to point towards miniscule but defining details in aspects of suburbia and, in so doing, reveal more of the greater contemporary condition that lies within this complex social phenomenon.”-SW 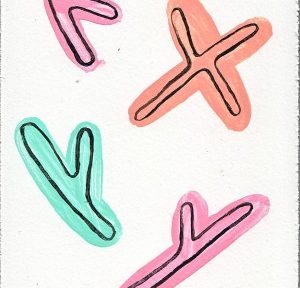 “I try to engage with my making in the manner of a child – creating images ritually, attempting to invoke unknown spirits and inevitably failing. I’m interested in the magic of everyday objects, esoteric symbolism, ‘outsider art’, and cheap pastels.”-RH
ruth-herbert.co.uk 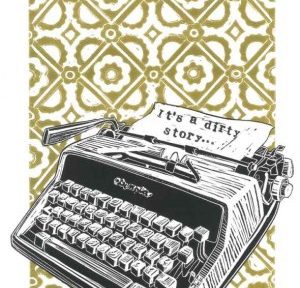 “I paint, stitch and lino print. My work offers an insight into the unique quirks of British class and culture using humour, pathos, kitsch and nostalgia with a subversive undercurrent. I document the extraordinary characters and objects that inhabit our lives and are so familiar we don’t notice their beauty or relevance until they are gone. Some artists I love are Rembrandt, Hogarth, Toulouse-Lautrec, Käthe Kollwitz, Laura Knight and Grayson Perry.”-SP
facebook.com/pages/Saskia-Palmer-Artist 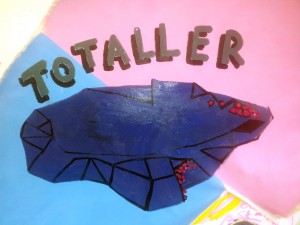 Totaller is the name of a collective endeavor that has a shared belief around the aesthetic as a destructive, progressively utopian and totalising force. The group is composed of two core members – artists Lesley Guy and Dale Holmes – and focuses its energies upon the aesthetics of practice, privileging things as they occur in process as action over product. Building from aesthetics found in Futurism, Zurich Dada, Graffiti, Glam, black metal, voodoo psychedelic-a and exploring approaches to these without irony or self-consciousness. For Sheffield Fringe Open Studios we propose to display a group of items generated by Totaller. Using as a point of departure Le Mur de l’Atelier d’André Breton, Centre Pompdou. lesleyguy.com 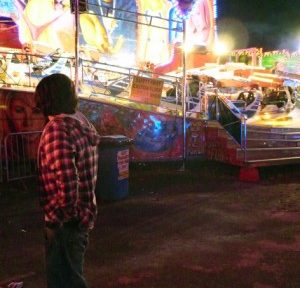 Christiane Thalmann works with wide range of media including photography, video, drawing, writing, sound, animation, altered pre-existing material and installation. She is based in Sheffield, UK. Her work has been exhibited nationally and internationally including Rich Mix, London, Site Gallery, S1 and Bloc Projects, Sheffield, Bristol Festival of Photography, Ladyfest, Manchester, South Square Gallery, Bradford, Crescent Arts Scarborough, Microgallery, Windsor, WAMMFest, Maryland, USA, Zeche Scherlebeck, Herten, Germany and art and film festivals in Holland, France, Spain and Mexico. She has been published in several publications such as ‘The Sheffield Pavilion’ (2007) and ‘Parallelwelten’ (2000). She has been supported by the Arts Council England.
christianethalmann.com 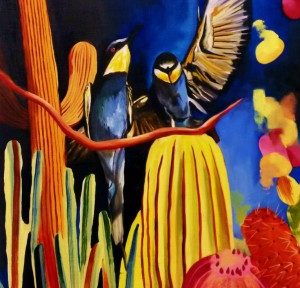 Helen Cocker is an artist and writer interested in the relationships formed between art and language. She makes paintings, prints and zines inspired by birds, buildings, video games and plants. She has an MFA in Art Writing from Goldsmiths College, London and a First Class BA (Hons) in Fine Art from Central Saint Martins’ College, London. Her work has been exhibited in London and across the UK and she was artist in residence with Gandt Presents and art writer in residence at the Chisenhale Gallery, London.
handhand.info 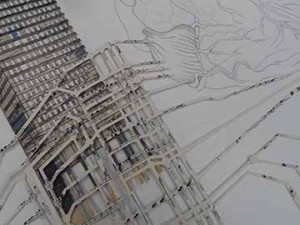 “I question the fragility of human development and existence in this digital age. Using vintage music scores and comic books to explore social, political and cultural histories against this increasingly dehumanizing digital age, I consider, handle and observe these preloved objects in order to create a physical and emotional connection to the past. Thumbed musical scores and comic books printed decades ago make up multi-media works that bring us closer to the past, whilst forming a critique of digitized communities.” LvG 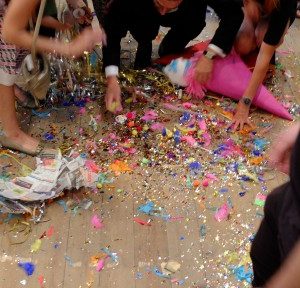 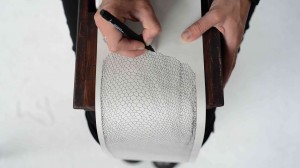 ‘Net’ is an ongoing performance/installation in which Sarah continues to produce a net drawing on a 10-metre paper roll. ‘Net’ is part of a body of work based on research into Nottingham’s historic lace trade and her ancestral connections to lace design. Her work draws on elements of eroticism, humour and suspense to explore the immersive experience of pattern development and the relationships between the artist, the hand-crafted and machine-made designs.
Sarah Jane Palmer is a U.K based multi media artist, designer and filmmaker. In 2013 she graduated with distinction MA in Fine Art at the Sheffield Hallam University, she has since been awarded a 1-year residency at the Lace Market Gallery, Nottingham and been selected for Aesthetica Art Prise 2014, Bath Fringe, Wirksworth Arts Festival and Nastupiste 1-12 Gallery in Slovakia. sarahjanepalmer.co.uk 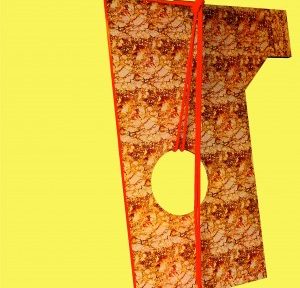 Lea Torp Nielsen’s work addresses the friction and the poetry created by overlapping the narratives of found and made objects. Her assemblages, films, and collages transmit misunderstandings, collisions, fetishes and the beauty of the absurd and the familiar. Her work creates networks between seemingly disparate sets of ingredient materials and contemporary philosophy. axisweb.org/p/leatorpnielsen 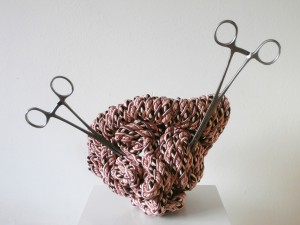 In an attempt to create something beautiful out of something horrible, decorative materials and aesthetically pleasing imagery are used in this series of work. These pieces relate to the effect that operations and changes in physicality may have on body image. The depiction of internal organs and open wounds are common themes and are representations of very real experiences. Through making these pieces, Arnett aims to create an openness through sharing experiences that are sometimes difficult to communicate to others.
arnettpowell.wordpress.com 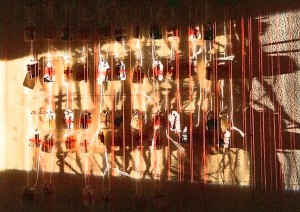 “I create sculptures and drawings that have strong architectural influences. My site-specific installations are built on, interrogate and complement existing space. They are constructed by the creation of mass forms that grow from many small repetitive objects. My work moves between 2D and 3D, often building on and drawing simultaneously on those relationships, exploring the fluidity between two and three dimensions. Transient and fragile they also incorporate the 4th dimension – time .” -KJ
katiejamiesonart.co.uk