Thomas Draschan born 1967 Lives and works in Vienna. He studied at the Academie of Fine Arts in Frankfurt and at Cooper Union in NY. He is working with video, film and collage. The re-combination of existing images into a new, condensed and enriched form is one of his main concerns. Italian porn comics, pop and pop art and films like \”svezia, inferno e paradiso\” have a strong impact on his current work celebrating italian pop culture from the past and transcending it into a visionary cultish shrine or totem like existence. A Homage for antique heritage and old master renaissance paintings mixed with sex and violence from popular imagery for good measure.

Draschan has exhibited widely in Europe and The USA since 1998, he has been the recipient of numerous awards for his experimental films. His films include documentaries on Viennese Actionist Herman Nitsch and music videos for New Order. 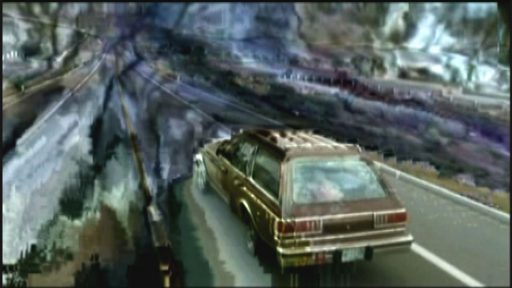 In a voice-over Stan Brakhage articulates his resentments about the use of computers for art production and in general. This commentary is contrasted by video imagery turning more and more abstract until it bursts into a sea of square pixels. The video is an ironic illustration of Brakhage’s views as these “defunct” images reveal a kind of beauty of their own.