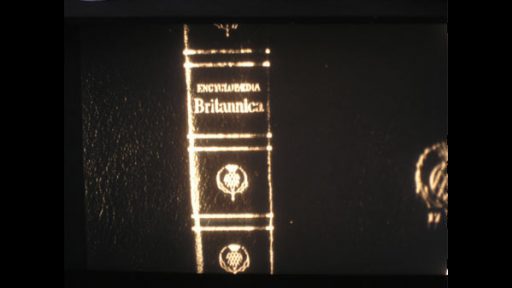 Personal footage and self-interrogation are re-appropriated in narratives that blur the lines between documentary, manifesto and fiction. The shifting physicality of the written word in the age of digital surveillance continuously warps and renegotiates notions of the personal and the political throughout this selection of films.

The fallible physicality of memory and the relentless administration of digitisation are often sidelined in the face of so much available information. The sheer heft of an encyclopaedia, the physical effort of turning page after page to retrieve information, now feels quite alien. With 40 years between them, John Latham’s Encyclopaedia Britannica and Andrew Norman Wilson’s Workers Leaving the Googleplex both interrogate the evolving physicality and accessibility of the written word, suggesting the evolution of a selective blindness induced by the presence of an overabundance of data.

Helen Benigson’s The Future Queen of the Screen starts with an old-fashioned, echoing keyboard clang, never letting go of the seductive tactility of the digital interface. Interweaving holiday footage, dance battles and digital avatars, Benigson deconstructs and reconstructs the balance of power between the virtual and the actual until an approximate equilibrium is attained.

Selected by Esther Harris, time-based media conservator based in London.

For Skoob Tower Ceremony: National Encyclopedias (1966), Latham had constructed towers from volumes of the Encyclopedia Britannica and then burnt them. This film attempts, instead, a precis of the entire encyclopedia, with one frame of film for each page: the history of human knowledge becomes an illegible,strobing stream of images. Courtesy LUX, London 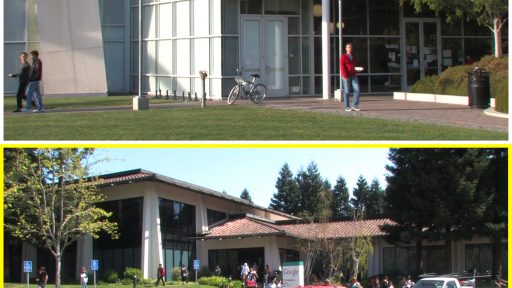 Workers Leaving the GooglePlex investigates a top secret, marginalized class of workers at Google’s international corporate headquarters in Silicon Valley. As I documented the mysterious “yellow badge” Google workers, I simultaneously chronicled the complex events surrounding my own dismissal from the company. The reference to the Lumiere Brother’s 1895 film Workers Leaving the Factory situates the video within the history of motion pictures, suggesting both transformations and continuities in arrangements of labor, class, media, and information. 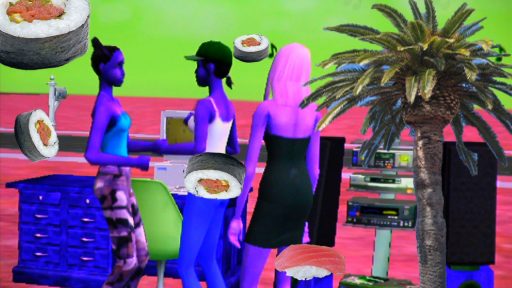 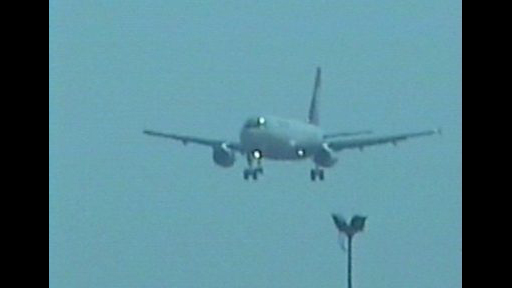 Future Diaries consists entirely of Hi-8 videos shot by the artist’s father – predominantly during the family’s international travels. The opening sequence states: “In the future, Israel will declare a state of emergency,” and from there on in, the narrator describes a possibly post-apocalyptic scenario, superimposed onto the narrative framework of Daniel Defoe’s Robinson Crusoe. Occasionally dipping into the novel itself, the narrative distorts the boundary between the actual, the self-constructed, and the fictive. The positions of privilege evident in both Mann’s family footage and Robinson Crusoe are ambiguously equated, drawing uncomfortable but inevitable parallels between the political problems of the past and the present.