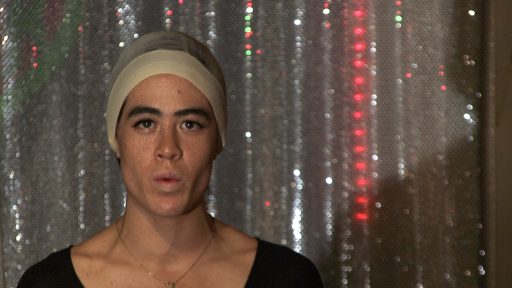 Staring directly at the camera, Tsang re-performs one section of ‘In My Language,’ a forceful address by autism rights activist Amanda Baggs. Tsang’s powerful video manifesto was shot at the Silver Platter, home to the club Wildness (2007-2009), following a year in which the artist had presented live performances of the Baggs text. Tsang mimetically reproduces the voice of Baggs’s Speech Generation Device, stating, “It is only when I type something in your language that you refer to me as having communication.” 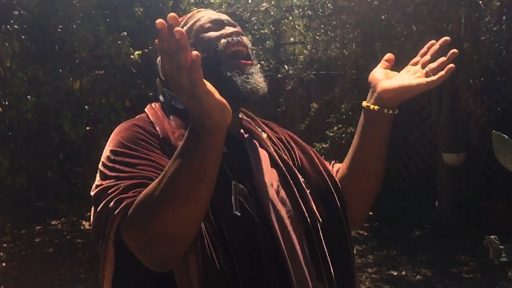 Girl Talk is a short film collaboration with poet and theorist Fred Moten. Dancing in slow motion, or ‘dragged time,’ to an a cappella rendition of Betty Carter’s jazz standard “Girl Talk” (reinterpreted and vocalized by Josiah Wise), Moten turns euphorically in a sunlit garden as the crystals adorning his body refract pink, blue, and green rays. In exploring the figure of the drag queen and the mother, Moten and Tsang, poet and artist, remain unfixed in any one persona. Selection of 2016 Berlinale Film Festival Forum Expanded.