Tinne Zenner (b.1986, Denmark) is a visual artist and filmmaker based in Copenhagen, currently finishing her Master of Fine Arts at The Royal Danish Art Academy. Working with film, 3d-animation, and spatial installation, her work explores how history, politics, and memory are embedded in physical structures. Her debut film Sleeping District has been shown at a number of international film festivals including Ann Arbor Film Festival; Projections, New York Film Festival; CPH:DOX; and Karlovy Vary Film Festival, Czech Republic. 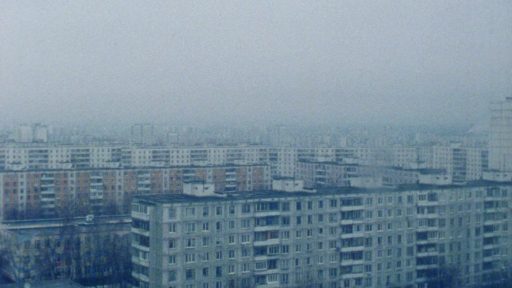 Shot on 16mm film on the outskirts of Moscow, Sleeping District is a document of the residential, concrete structures built during the Soviet Era. Static shots of massive apartment blocks and interior views of private apartments form the visual side, which is intercut with a textual side constructed of observations and memories of the residents, translated from Russian into a broken English. Entering private homes built on tangible experiences, memories and imagination, the film questions how we think of collective memory and how the present may hold traces of history, family relations, and a fallen political ideology in the shapes of physical objects and structures.