Shirin Sabahi (b. 1984, Tehran) is an artist based in Berlin. In the recent years, her work has been increasingly preoccupied by the function of objects and their projected value through architectural arrangements and in imagery. Her works have been previously exhibited at De Hallen, Bruges (2014); Kuenstlerhaus, Stuttgart (2013); and Oberhausen Short Film Festival (2012) amongst others. 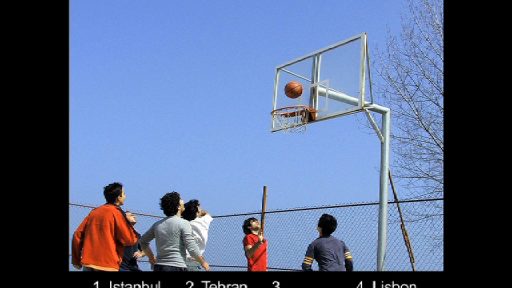 “When I was ten, our geography teacher tried to turn geography to an exciting game.
It turned to a nightmare instead…
She would show us pictures of different cities or its citizens and ask:
Where is this?
I don’t remember even one single time guessing the right name.
But I remember a question I asked myself a thousand times:
Do people in these cities recognize my city by looking at pictures of it?” – SS