Sharone Lifschitz studied at The Architectual Association in London, Cooper Union in New York and graduated from Central St. Martins College of Art in 2002. She has had solo shows at The Jewish Museum NYC and the New Jewish Museum Munich as part of a commission for QUIVID, Art in Public Space programme. In London she has also shown at Transition Gallery and Fieldgate Gallery. Recent works are being exhibited at Haifa Museum of Art. 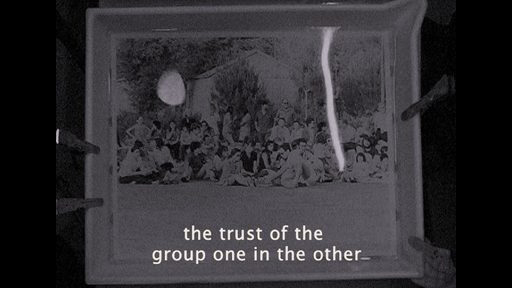 In an infectiously gentle conversation over the developing tray in a darkroom, a mother and daughter reflect on their shared history of Kibbutz life in the 70ies. While printing images from their Kibbutz’s archive the conversation becomes a meditation on idealism and the demise of a socialist utopia.