Joe Moran is an English guitarist and singer-songwriter. Joe found success as frontman of the band Pistola Kicks, whose fatalistic alt rock has soundtracked the likes of Umbro and New York City Fashion Week. He’s currently finishing off his first solo project, which will tour in the autumn.

Rob Barker is a writer and online narrativist. Co-founder of the Sheffield-based ‘story investigation service’ Overlap, he’s currently working with White Dwarf’s Andrew Kenrick on Host Personality – an online magazine about story, play and exploration – and developing a twitter-based ARG about the Second Earl of Rochester and the secret history of breakfast cereal. 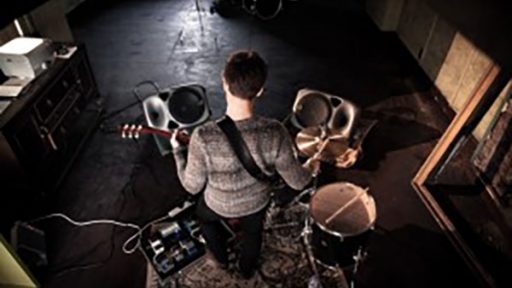 Drawing from photography, personal testimony and painting, Pillars of Water is a parocosmic road movie that takes in stolen goods, drowned discos and an old folks home as it attempts to reunited a couple separated by a smoked glass city. Developed through improvisation via response to a series of narrative ‘prompts’, the completed album will be released in Autumn.