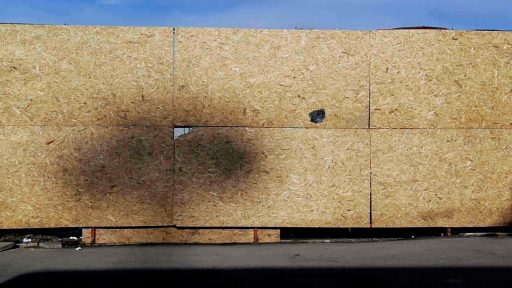 Pınar Öğrenci’s photograph The Shadow of a Tree in Taksim Square is an image from her video New Buildings in Destruction. There are holes that people have drilled into the wood barricades that surround the construction of the tunnel in the square. Some of these passive viewers will claim agency to become active members of the Gezi Resistance that would begin in two months, taking over the square and Gezi Park to defend their urban rights, albeit temporarily. The shadow of the tree on the wood panel is a harbinger of the resistance that would begin soon.