Visual artists Patricia Azevedo and Clare Charnley‘s joint practice is concerned with giving material form to a series of encounters, games and stories to do with the act of communication itself. Often this involves working with the public. 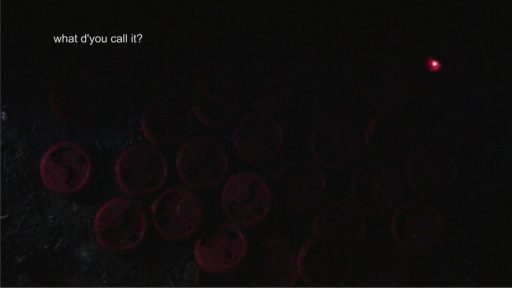 Cave is a response to rural Northumberland. Sound recordings were made there with residents and visitors on small red audio-units. In the video a hand plays these as monologues. Forced together, the voices become a fictitious community, though a sense of isolation persists. As the light fades they take on other connotations; stars, souls, cities – though these romantic readings are undercut by the ordinariness of the speech they transmit.