Ron Wright is a practitioner of sound in film and art whose work explores the notion of ‘Sound and Space’. His recent work as sound designer for Charlotte Ginsborg’s films The Mirroring Cure (2006), Over The Bones (2008), and Melior Street (2011) has received extensive international screening. His multi-channel work for gallery and live performance includes sci-art collaborations with Andy Eccleston. His film The Blast previewed in November 2012 at Chat Olympiad in York.

Neil Webb’s expansive sound practice reinterprets elements of film and literature narratives. His work has been exhibited internationally and he has undertaken residencies in the UK and abroad. Exhibitions and projects include Otherliness, Vane Gallery, Newcastle (2009), Adrift, Winter Gardens, Sheffield (2008), The Stars in Us All, Audio-visual installation, Bloc Projects, Sheffield (2007), Spool, Het Consortium, Amsterdam (2006), and Slow Motion Static, FACT, Liverpool (2006).

Webb and Wright’s previous collaborations include the live surround sound work, A Colony Provides a Safe Haven part of the Contingency of Curation at Tate Britain in 2010, and The Breach (2007), which premiered at Consortium, Amsterdam, in December 2008.

Both are Senior Lecturers in Sound Design at Sheffield Hallam University. 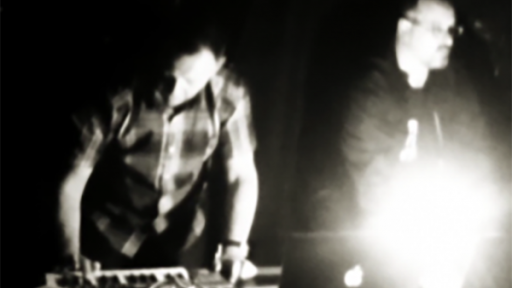