Michael Grigsby (1936-2013), was a unique and inspirational filmmaker and teacher, whose films and thoughtful approach to filmmaking has influenced many of us.

With a filmography spanning six decades and nearly 30 films, Grigsby occupies a unique position in British documentary filmmaking, having witnessed and commented on many of the dramatic changes in British society (and beyond) from the late 1950s into the next century. 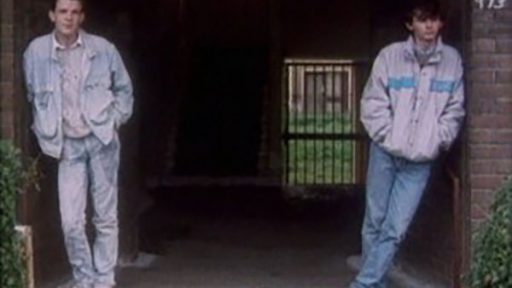 ‘Living On The Edge is a remarkably successful and intensely moving fusion of two different visions. On the one hand it is a clear continuation of Mike Grigsby’s quite remarkably consistent oeuvre, which has allowed the exploited, the forgotten, the taken-for-granted, the voiceless to speak at some length and in their own words.
On the other hand it relates to a long-term project undertaken by John Furse, the film’s producer and co-deviser, entitled The Struggle For The Land, which he wrote but never filmed. In this he attempted to analyse what he terms the “selling of reality”, utilising collage form to discuss the historical forces at work in moulding people’s everyday experience.’ (Julian Petley: The Monthly Film Bulletin, June 1987)