Metehan Özcan (1975, İstanbul) completed his undergraduate programme at St. Louis University Faculty of Architecture in 1995 and his bachelor’s degree in 2000 from the Department of Interior Architecture, Bilkent University. In 2012 he obtained his Master’s degree from Bilgi University, Visual Communication Design Programme for his study on “Space and Inauspiciousness”. He held a solo show in 2000 at Gazi University Communications Faculty and in 2010 at the Operation Room of American Hospital in Istanbul. He took part at group shows in 2009 at the Slag Gallery in New York, and at Istanbul Modern in 2013. His works have been published by Le Monde Diplomatique Turkey Edition, ICON, XXI and Cornucopia, as well as Yapı Kredi and Can Publications. 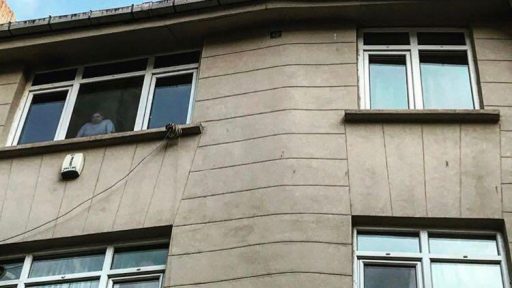 There are things in life that are sometimes best left undocumented. A lover’s touch, a smile, a moment of generosity, a moment compassion, a moment of cruelty are all things that us, photographers, artists, imagine to somehow evoke and yet remain helpless when in the presence of the actual experience. Grieving the loss of a crucial herald of an underrepresented cultural, religious and ethnic minority in Turkey, is one such extended moment. It is such a moment that the impact on many individuals who were walking on the fifth anniversary of Hrant Dink’s murder and those who were watching what took place from their screens around the world, could not be political or general; it was a collective personal grief that was scarring and absolute, which was deepened by the state’s denial of what took place. Metehan Özcan’s turning his camera to those who were observing the walk is a poignant gesture. Özcan does not document the walk grieving Dink’s loss and protesting his trial. Instead, he turns his camera to the buildings in which people are watching the walk. — Merve Ünsal