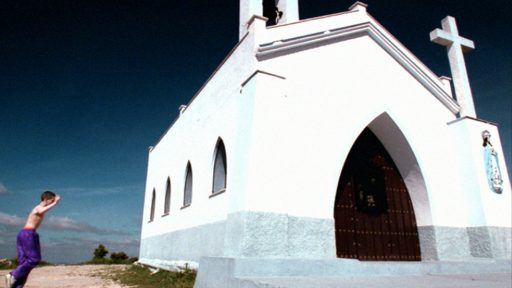 Maria Marshall’s video work  emanates a repetitive echo of a football against a building. In the video projection the ball has escaped the image and entered the viewer’s space, the white church and boy become two aligned objects with only a shadow of their nexus remaining within the frame. 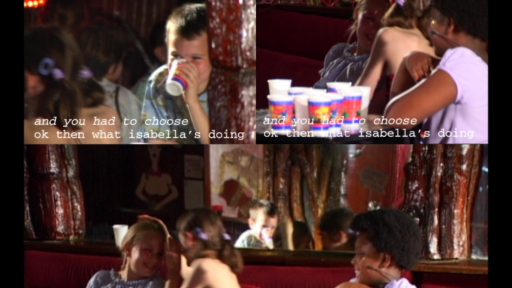