Leyla Rodriguez (b.1975) graduated in 2007 from HAW University of Applied Sciences in Hamburg. Her interventions into public spaces have taken the form of temporary textile installations, video series, films and objects and have been exhibited in galleries and at film festivals. She was born in Buenos Aires and currently lives and works in Hamburg, Germany. Recent exhibitions include Takis Katsoulidis Engraving Museum, Messini Greece (2013), The State Hermitage Museum, St Petersburg Russia (2012), The Armory Center for the Arts, Pasadena USA (2012), ‘Papay Gyro Nights’ Bergen Kjøtt, Bergen Norway (2012) and the Hirshhorn Museum, Washington D.C. USA (2011). She was the recepient of The Kraft New Media Prize in 2011. 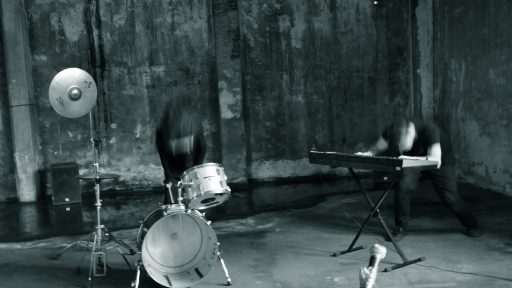 Isle of Lox is a video series, which in its second season explores ramifications resulting from the tensed relationship between framework and identity. Which cut of which image is the true representation of which period of time? Mediaval Spanish mystic and friar Juan de la Cruz, more precisely his poem The Dark Night, serves as an inspiration and a guideline in the creation of the three episodes “Without Light and Guide”, “Senses Suspended” and “Members of the Audience”. Juan’s poem is both, a cry for help and a doxology.