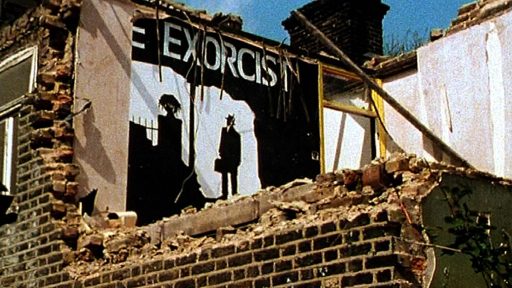 Blight was made in collaboration with the composer Jocelyn Pook. It revolves around the building of the M11 Link Road in East London, using images and sounds of demolition and road building in conjunction with the spoken words of local residents. But although the film is constructed from images and sounds of real events, Blight exploits the ambiguities of its material to produce new meanings and metaphors, fictionalizing reality through framing and editing strategies. The emotive power of music is used in the film to overtly aid this invention. It played at many film festivals including Oberhausen and Leipzig. In 2013 John Smith won the prestigious Jarman Award. He lives and works and still teaches in London.