Jem Alan Cohen (born 1962 in Kabul, Afghanistan) is a New York City-based U.S. film-maker, especially known for his observational portraits of urban landscapes, blending of media formats (16mm, Super 8, videotape) and collaborations with musicians.[1]He is the recipient of the Independent Spirit Award for feature film-making. “Cohen’s films have been broadcast in Europe by the BBC and ZDF/ARTE, and in the United States by the Sundance Channel and P.B.S. They are in the collections of the Museum of Modern Art, The Whitney, and Melbourne’s Screen Gallery.”[2] He also makes multichannel installations and still photographs and had a photography show at Robert Miller Gallery in 2009. He has received grants from the Guggenheim, Creative Capital, Rockefeller and Alpert Foundations, the National Endowment for the Arts, and other organizations. 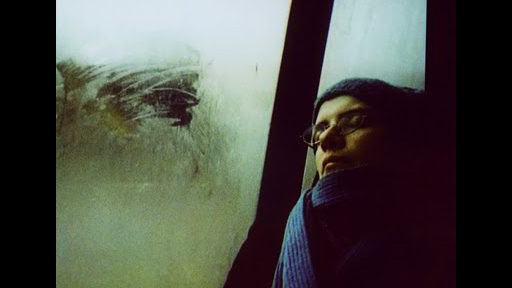 Moving towards an unknown destination, a group of anonymous passengers float through an unidentified landscape. Built from Cohen’s archive documenting his travels, the film can be seen as a curious parable. The film’s subheading refers to the Old Testament, Daniel chapter 11, verse 40:
“And at the time of the end shall the king of the south push at him: and the king of the north shall come against him like a whirlwind with chariots, and with horsemen, and with many ships; and he shall enter into the countries, and shall overflow and pass over.”