Brian L. Frye is a filmmaker, writer and law professor. His films explore relationships between history, society, and cinema through archival and amateur images. His films have appeared in places like The Whitney Biennial, New York Film Festival’s “Views from the Avant-Garde”, New York Underground Film Festival, San Francisco Museum of Modern Art, The Warhol Museum, Pleasure Dome, Media City and Images Festival. His short films are in the permanent collection of the Whitney Museum and distributed by the Filmmaker’s Coop. He’s been awarded grants from the Jerome Foundation and ETC. His writing on film and art has appeared in October, The New Republic, Film Comment, Cineaste, Millennium Film Journal and the Village Voice. He is currently a visiting assistant professor at Hofstra Law School and is developing a beer-brewing hobby. 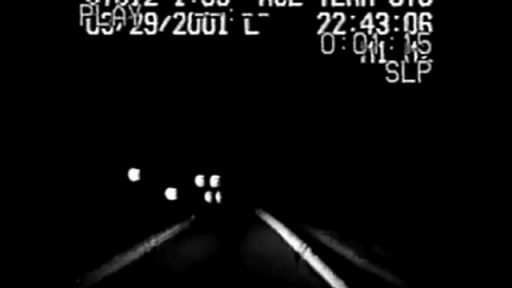 In March 2001, a Georgia police officer observed Victor Harris speeding and initiated pursuit. Deputy Timothy Scott joined the pursuit and intentionally collided with Harris, who crashed and was rendered a quadriplegic.
Harris sued Scott, alleging that Scott used excessive force because the pursuit did not endanger the public. Scott responded that the pursuit did endanger the public, and submitted two videotapes of the pursuit.
The trial court held that a jury should decide the case because the parties disagreed about a question of fact: whether the pursuit endangered the public. In Scott v. Harris (2007), the Supreme Court reversed 8-1, holding that the videotapes conclusively disproved Harris’s version of the facts.
“A Reasonable Man” uses the videotapes submitted by Scott and excerpts from the oral argument before the Supreme Court to consider how courts have evaluated one kind of motion picture evidence.