Born in London in 1933, Johnson published his first novel, Travelling People in 1963 and his first collection of poetry a year later. Over the next decade he produced a prolific and vigorous body of work, including six further books, three films for the cinema and eight for television. He is remembered as a combative but immensely likeable man with a traditional sensibility, whose influences – a wartime childhood, a passion for football, an acute sense of the working life – recur in his work. Johnson campaigned vigorously throughout his short writing life for a renaissance of technical innovation and experimentation in the English novel. The Unfortunates (1969) is notorious for being published in a box of 27 loose-leaf sections to be shuffled and read in any order, to embody in literal reading terms the haphazard, unreliable recollections of the narrator. The extremity of Johnson’s technical adventures may be seen as acknowledgement of the immense task of reversing the realistic bias of post-war British fiction. He died by suicide in 1973. 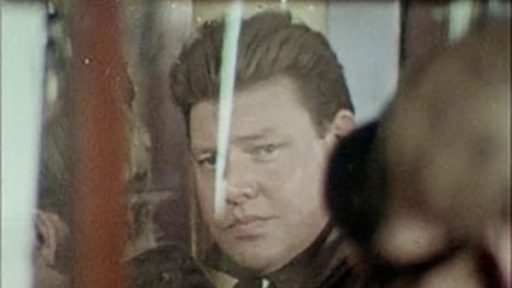 Experimental novelist BS Johnson’s short film about the conception and writing of his loose-leaf novel of the same name. The Unfortunates sees Johnson travelling to a city to report on a football match, only to find his memories are stirred having regularly visited a close friend there who had recently died. Johnson’s favoured actor William Hoyland provides an aggressive reading of extracts from the novel which becomes a furious rant against the cruel randomness of cancer.