Andrea Márquez (born 1983, Argentina) is a writer, photographer and filmmaker. She studied Literature (Universidad de Buenos Aires) and Film Studies (Université Paris Diderot). As a writer she has won several prizes, amongst them the 30th Félix Francisco Casanova for her collection of poems Posesiones. She now lives in Los Angeles, USA, where she works on independent film and artistic projects. 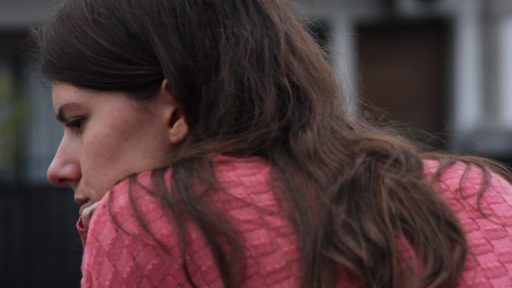 The balcony is a space of uncertainty between the inner and the outside, an area of contact, of exchange. From there, one sees what happens outside. Buenos Aires appears silent and slow. Text enunciated from an indefinite time details the intimate experience of a desire that is attempting to reveal itself. In the film, this desire aligns itself with images of the city – the remains of small happenings that start over and over, a party, an unknown song, a stranger.