Rob Tyler and Adrienne Leverette became friends making movies in the year 2000. They have since produced a unique collection of documentaries, Honky Tonk Dirt (2001), A Thing of Wonder (2002), The Beautiful and the Fine (2004), and Nemo (2013). Notable for their engaging visual style, deft compositional craft and thoughtful consideration of the human condition, their work is defined by collaborative dynamic portraiture to cross social barriers and illuminate human creativity. Rob Tyler is also known for his highly-regarded short films and film paintings. Adrienne Leverette is a designer by trade and also plays in a band. 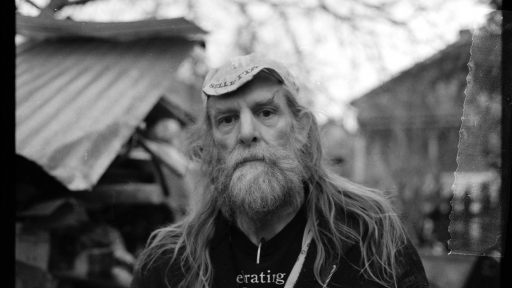 A dreamy and though-provoking portrait of counterculture philosopher and performance artist Fred Nemo, legendary for being “The Dancer” for the band Hazel. Process-intensive analog techniques, literary references and provocative performances conspire to shine a flickering light on this enigmatic character.